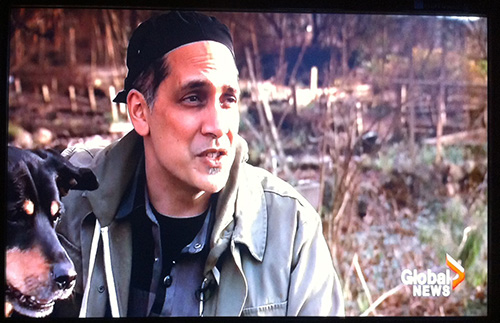 Pictured: Me and my dog Ruby

A comprehensive dog strategy is not top of my campaign platform, but it is a "pet project" of mine. The dog issue is one that tends to be fraught with emotion, and politicians wisely stay away from it (I have been advised to do likewise). But there are solutions and balances, and they require a degree of leadership and understanding to have an intelligent conversation about the issues.

From 2006 to 2008 I sat on the Vancouver Park Board's Dog Strategy Task Force. We listened to stakeholders, we researched best practices, and we saw that there were some things the city could be doing differently. Since that time the population of dogs in the city has doubled, none of our recommendations have been implemented, and new, poorly thought out measures being proposed by the Park Board [Park Board staff have since deferred any decisions until after the election] promise to bring more conflict. In sharing some of my notes and research from the task force, along with my strategies for dogs in the urban environment and conflict reduction, I'm hoping we can develop a new comprehensive and considerate city policy that works for all Vancouverites.

A list of topics and research can be found to the right »
<sorry>This new site is a work in progress as I consolidate my older sites.</sorry>

Conservation, Wildlife, and Animal Welfare
Friday, January 29, 2016
As Greens, how we treat our planet and its inhabitants reflect our fundamental values.  As a Green MLA, I will fight to push those values into provincial decisions and lend my voice to those who have none. An Endangered Species Act for B.... Keep Reading

Trout Lake and Fecal Coliform Counts
Thursday, April 17, 2014
Public reaction over the proposed shrinking of Trout Lake's off leash dog area continues to grow, and the Vision Vancouver Park Board are in spin mode. This morning on the CBC Early Edition [at the 1:58 mark], Vision Park Board Commissioner Niki... Keep Reading

The Dog Patch - Dog Stations In Parks
Saturday, April 5, 2014
One of the ideas I brought forward to the ill fated Dog Strategy Task Force was that at a minimum, all parks (of a prescribed size or larger) - regardless of leash or off-leash status should provide a “dog patch”.  An area specifically set... Keep Reading

Dog Strategy Task Force - Was It All Just a Bad Dream?
Friday, April 4, 2014
Recently, a friend invited me to a group that was exploring getting an off-leash park in Mount Pleasant. As mentioned elsewhere, I had spent the better part of a year and a half working on the Vancouver Park Board's Dog Strategy Task Force from 2006... Keep Reading

On Dog Waste, Yellow Journalism and What to Doo About It.
Wednesday, October 26, 2011
Drinking my morning coffee, I listened to the CBC radio follow up on their recently posted story about the scourge of uncollected dog feces throughout Vancouver. According to the CBC, the problem is so widespread that it is set to break the City's... Keep Reading

Vancouver Park Board and the Dog Strategy Task Force
Friday, March 4, 2011
In September, 2006, the Vancouver Board of Parks and Recreation announced the formation of an all-volunteer task force, made up of citizens with proven expertise in specific areas of stakeholder interest and concern. Members were charged with the... Keep Reading

Conservation, Wildlife, and Animal Welfare
Trout Lake and Fecal Coliform Counts
The Dog Patch - Dog Stations In Parks
Dog Strategy Task Force - Was It All Just a Bad Dream?
On Dog Waste, Yellow Journalism and What to Doo About It.
Vancouver Park Board and the Dog Strategy Task Force
Get news + updates by mail
Promise, I won't share your email!